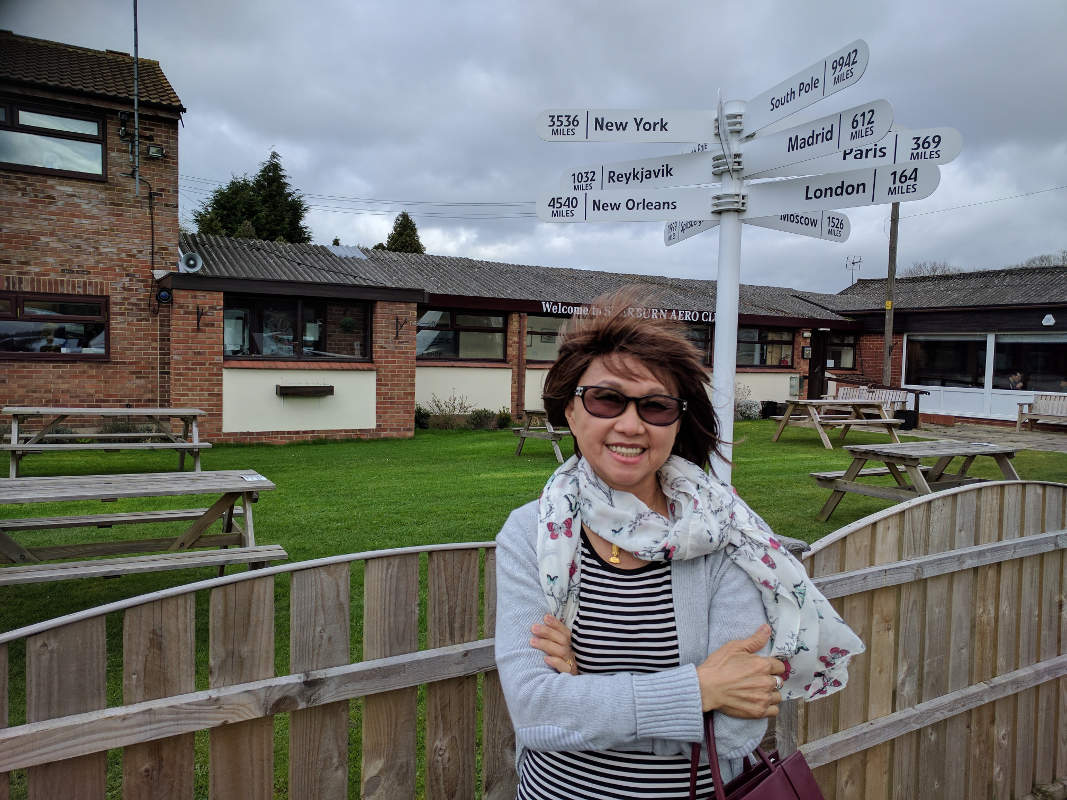 Ian and Meow flew to Sherburn-in-Elmet for lunch, routing via Cleethorpes, Grimsby, along the Humber and over the bridge, following the Ouse past Goole before landing at Sherburn runway 28 tarmac. 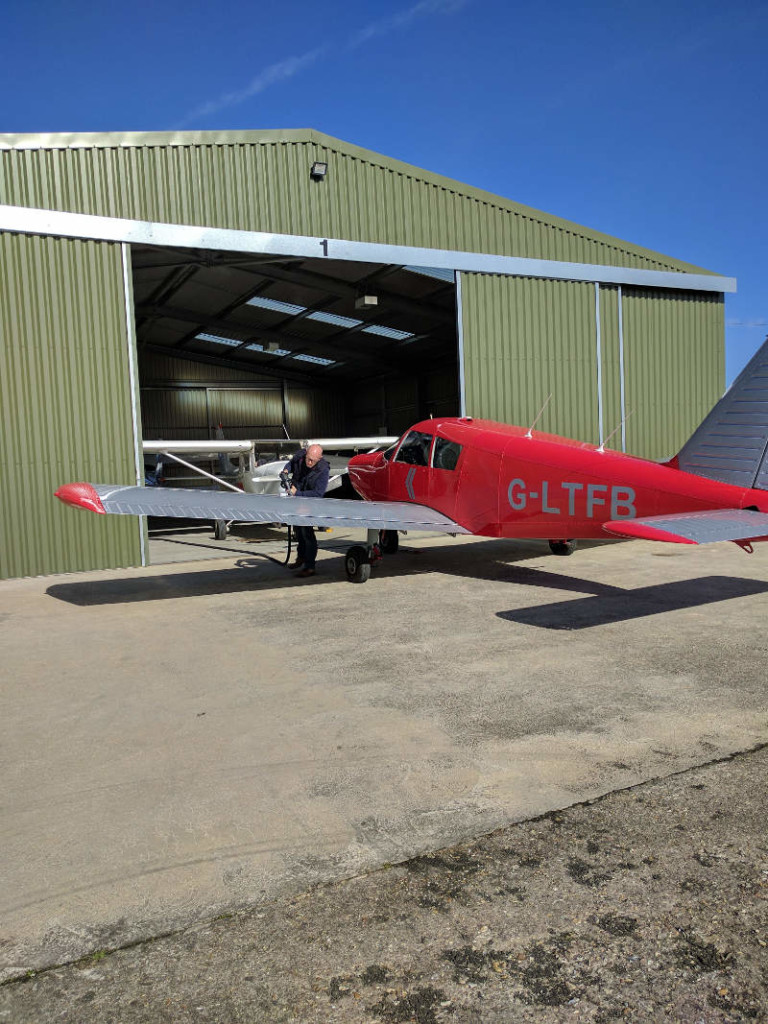 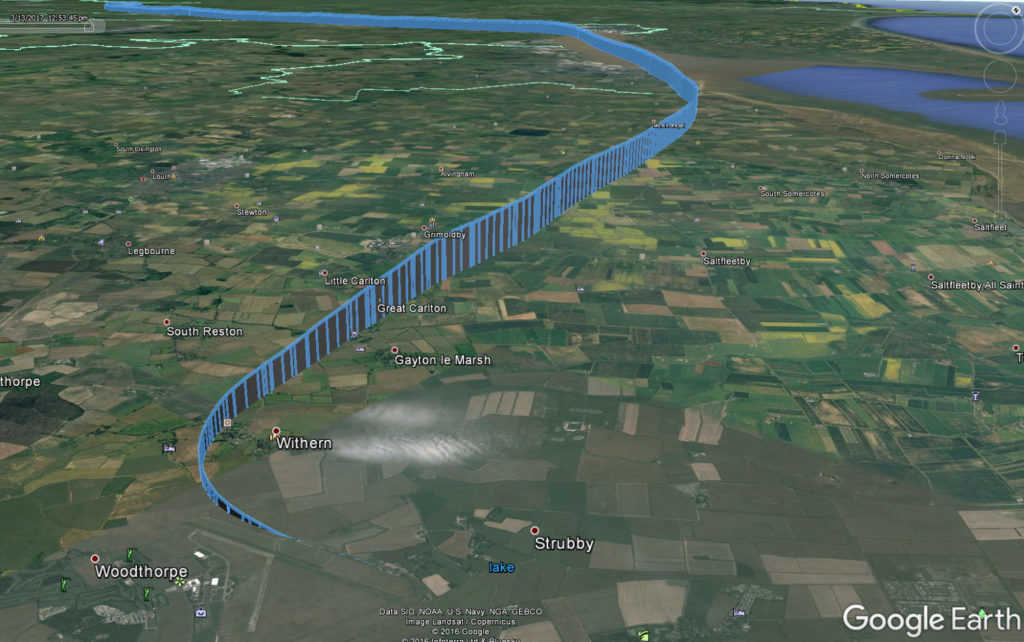 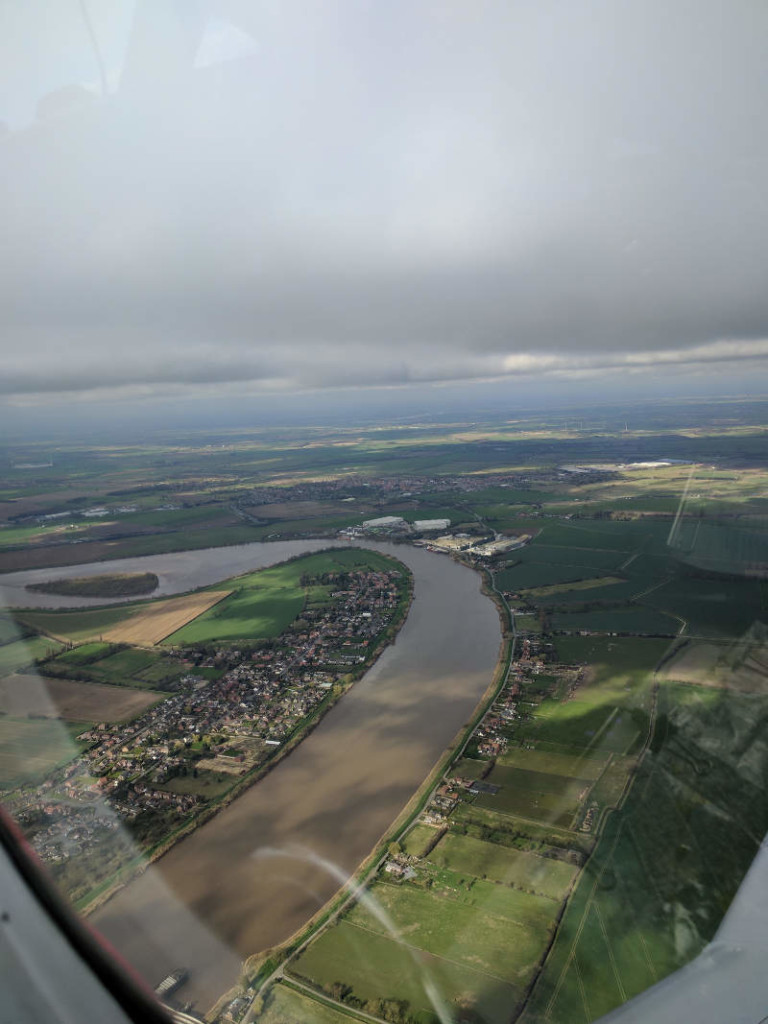 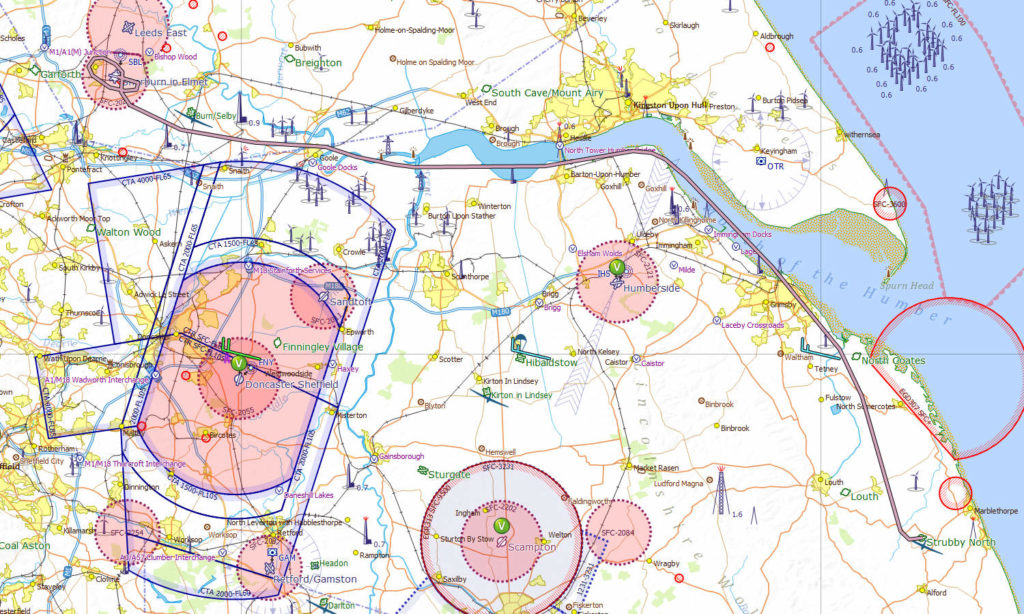 Plot of descent into Sherburn 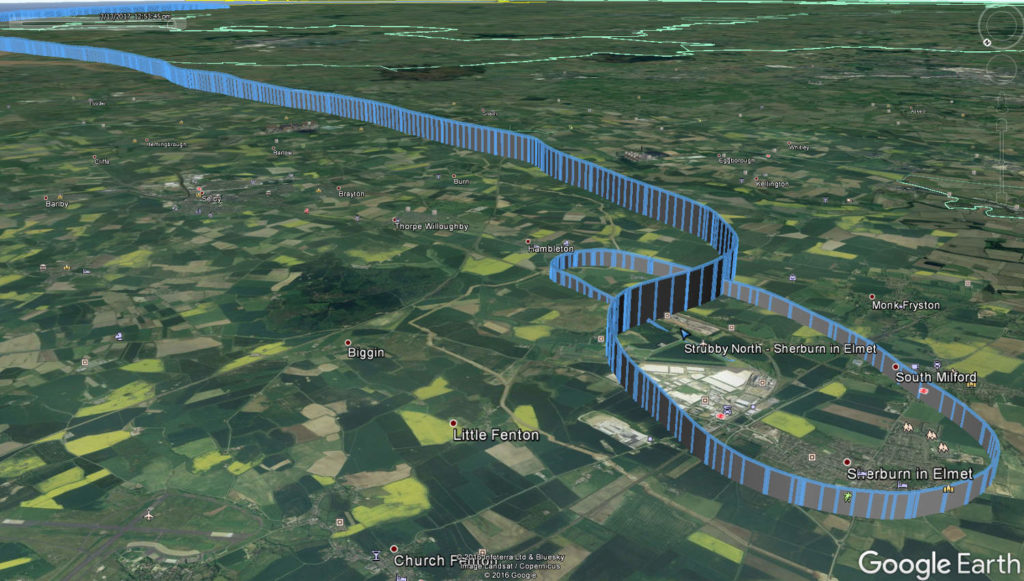 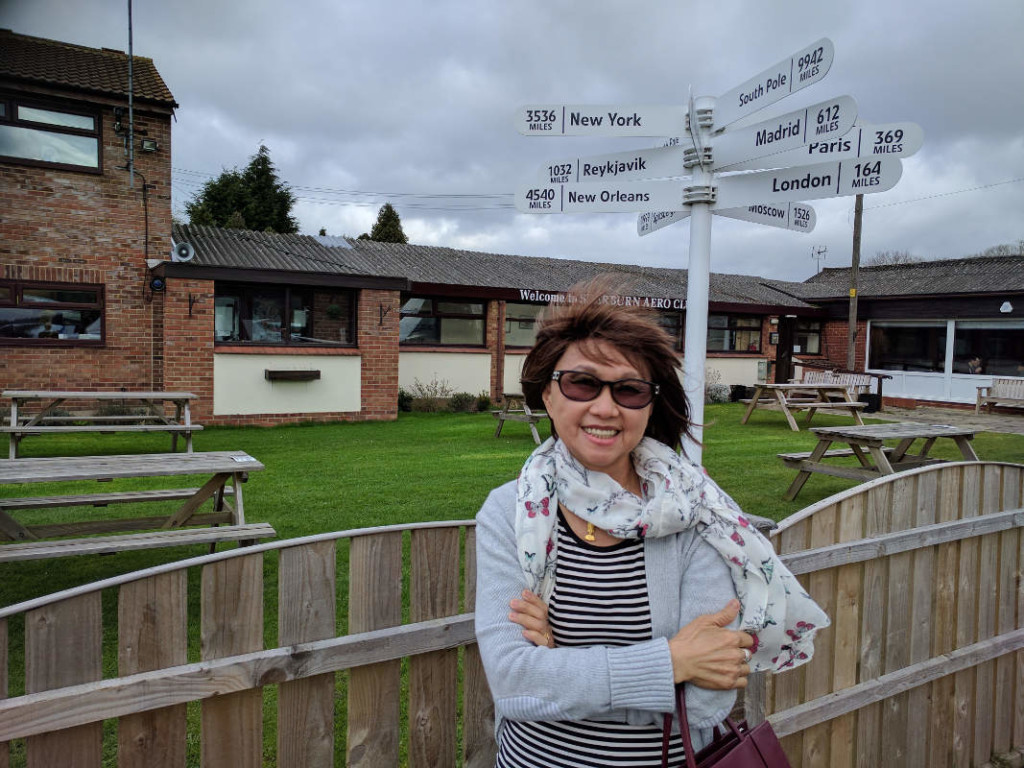 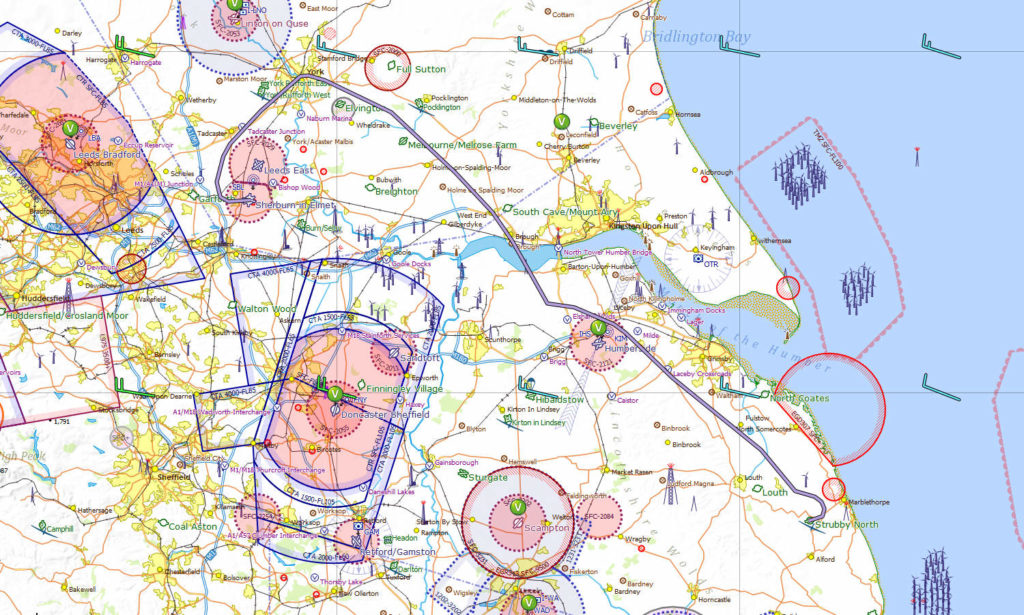 The return was planned to take in York, Hornsea, Withernsea, Spurn Point and down the coast to Strubby, but a direct return from York was favoured due to Meow feeling ill. Humberside radar required a last minute change of route from south of the HUY ATZ to the north.